We left Salisbury on the 11-something train and found our way to our final destination...a few blocks down from the Gloucester Road Underground station. Anders had downloaded an app called Tube Map which made our visit much easier...it has the full London Underground map with all kinds of information like departure times, lines, notifications about delays or closures, when the first and last trains are going, etc., but the best part is that you don't need to be online to get routing info or stand by the huge confusing full map and trace lines in a confused attempt to figure out how to get where you're going. All you do is tell it which station you are starting at and which station you want to end at, and it tells you exactly how to get there and how many changes, and at which stations, going which direction. Awesome! Considering how much time of this 1.5 week trip was spent on various trains, it was an invaluable travel companion aid.

We stayed in the Borough of Chelsea and Kensington in a second floor walk-up apartment with shared bathrooms. It was huge and airy with 2 big double beds, and there plenty of restaurant options back by the station as well as ATMs and a small Tesco. There must also have been some sort of music academy nearby because the next morning on the way to the station, I counted FIVE people carrying cellos.

The first evening, however, we ate at Nandos, which had been recommended to Karin. I had a fantastic ceasar salad and ...water. I just spent several minutes spelling caesar and then ceasar and tilting my head to stare at them both since neither looks correct and now neither even looks like a word.

London was packed with people. The trains were always full, the stations were always full, we walked down the streets dodging people. And the lines everywhere we went, ay yi yi. I guess London in early July is the place to be! Especially if you're American or Swedish, which are the two languages/accents we heard EVERYWHERE we went. 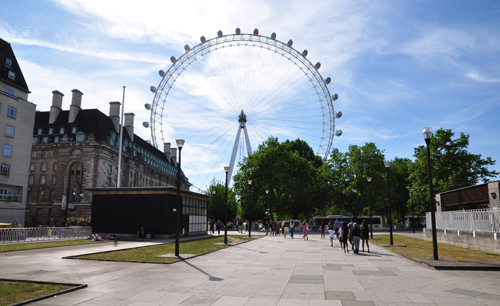 After dinner, we headed to Westminster and walked across the Thames (with a bazillion other people) and headed toward the London Eye, which Anders had expressed interest in riding. I was indifferent, since I had just done the Singapore Flyer the month before, but was fine with going up if everyone wanted to. The weather was gorgeous, hot and sunny, even as the afternoon started turning toward evening. Once we got over to the ticket office, where you could actually buy tickets for several attractions at once for slightly discounted rebates the more you purchased, the kids decided they were more interested in heading to Madame Tussaud's than going up in the London Eye. I tried to talk them out of it: "it's just a bunch of dolls, you know" but they were adamant that it was the one attraction they really wanted to see. The ticket lady held us at gunpoint, removed all the money from our wallets and fished through our bank accounts to boot...or rather that was what it felt like after the receipt was printed and we were standing there goggling at the entrance fee we had just paid. In addition, it was then nearly 5 and the wax museum closed at 7 and we still had to GET there. By train. Of course. We raced across the square and found the station and a couple of stops later were inside Madame's establishment.

I'd been to Madame Tussaud's when I was teenager, but it's quite a bit more elaborate now.

Celebrities of every stripe, old and new, athletes, inventors, superheroes, scientists, artists, musicians (Justin Bieber's figure was unpopular and alone the entire time we were in the musician's room), royals, writers, politicians, (including a huge crowd packed in front of a White House replica desk with Obama standing and smiling behind it...strangely enough, if you turned to see who he was smiling at, it was Hitler). 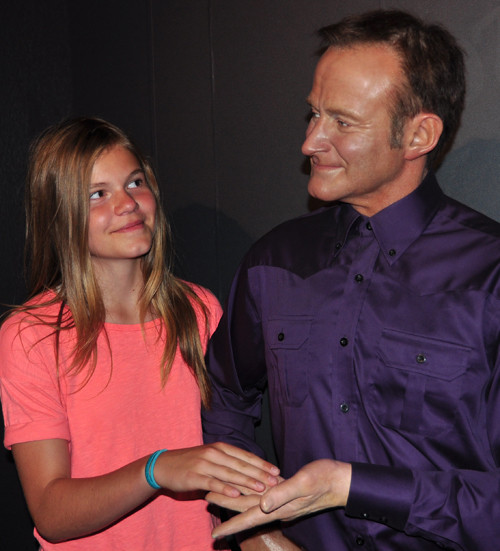 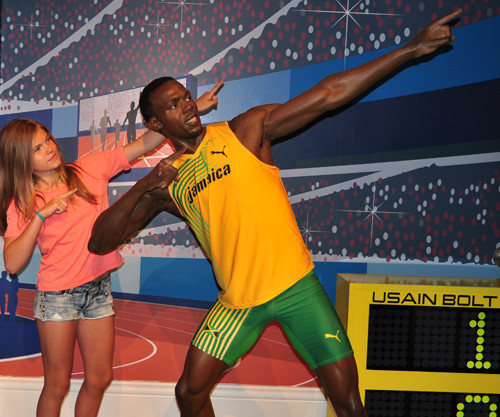 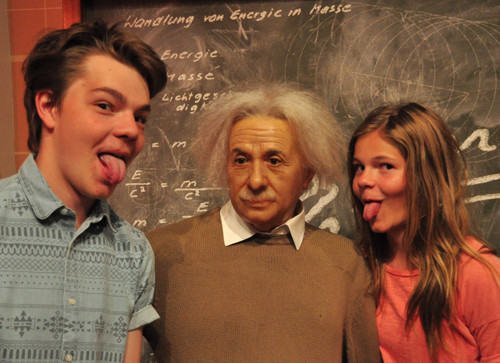 Martin and I walked up close to the figure of Madame Tussaud above and leaned over to look at the head she was working on, when her assistant suddenly sneezed and scared the crap out of me. Turned out, that was the only scare I got, since the Chamber of Horrors, which I remembered as being deliciously creepy, had been made over (presumably to attract the jaded younger generation) as a sort of lame haunted house with live "actors" jumping out at you and a curtained maze to walk through with strobe lights. We managed to get through the entire wax museum in just under two hours and all I could think when we came out the exit was, "what a colossal waste of money."

So, we had high hopes for the next day, which was our first full day in town. Early in the morning, Anders and Karin got up and departed for THEIR adventure: a tour of Stampford Bridge, the Chelsea soccer club's stadium and museum. They had a great time, and Karin was thrilled since Chelsea is her favorite team and Lampard her favorite player. They toured the locker rooms, the press room, and the entire stadium and Karin bought shorts, soccer socks, a jersey and an iPhone shell. 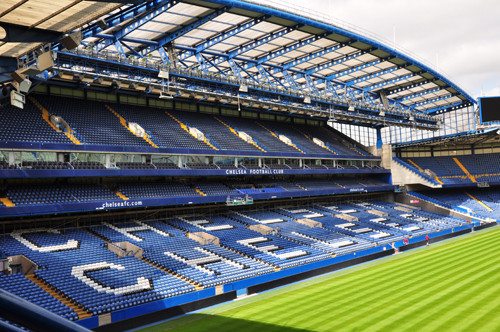 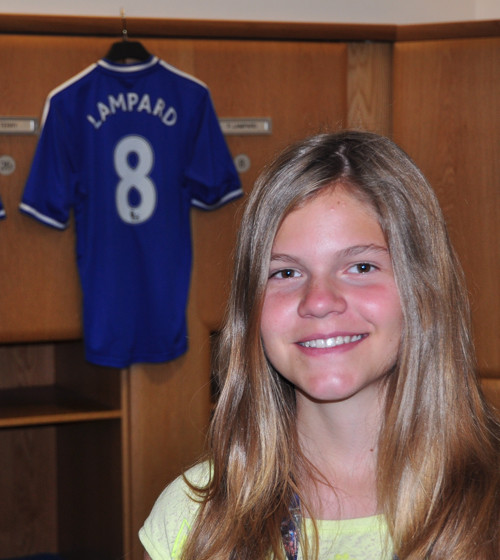 In the meantime, Martin and I got up late, had a leisurely breakfast at Prêt à Manger and made our way to Covent Garden. We had walked through it quickly back in November on our way to the British Museum, but it was just a cursory walk-through. On this visit, I took my time. Martin didn't really want to go to Covent Garden, but he didn't want to go to a soccer stadium either and when I threatened to take him to Alfie's Antique Market instead, he decided that Covent Garden was the lesser of two evils (though just barely). But then! After we had walked through the collectible and handicraft stalls in the north hall, and watched some of the street performers and bought macarons at Laduree, we went over to the south hall and it was filled with an antique market in full swing! YAY! Martin groaned and tried to escape so I had to drag him by the ear, complaining vociferously, through the whole thing. I kept threatening to go around again if he didn't shut up. I sure wish my Mom was there; she would have appreciated it! As it was, I didn't buy anything except an antique sterling silver cake server for 8£. This exact same guy (as far as I can tell) was there in November, too. 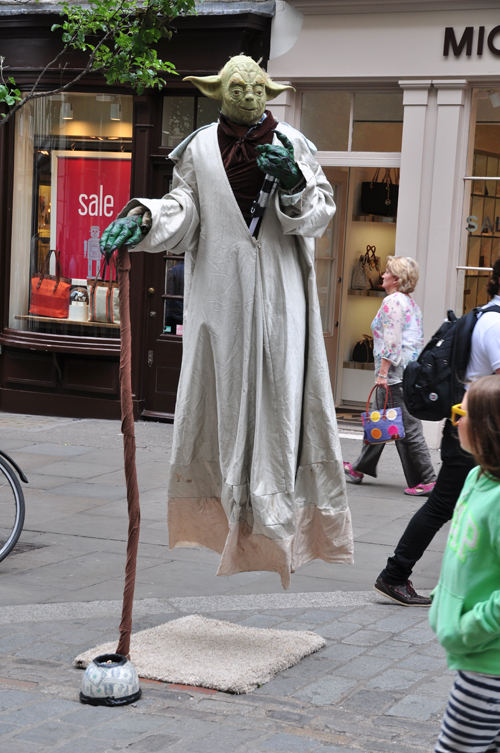 Martin and I also spent quite a lot of time watching one street performer with a great spiel who was so entertaining that both of us neglected to take any photos of him. He topped off his act by climbing a free-standing straight ladder by hopping up it from step to step while balancing it back and forth and reciting an entire scene from Shakespeare's Much Ado About Nothing. 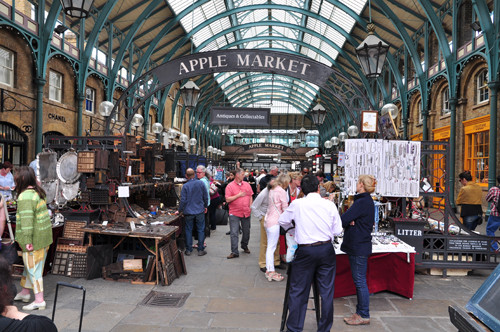 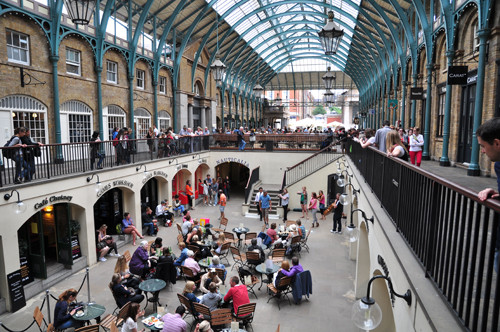 There was a string quartet playing Pachelbel's Canon in D Minor (one of my favorites and it impressed Martin that I knew what it was called) on the lower level at one point, and a wonderful quintet singing and playing in the same spot awhile later. Everyone was in a good mood and the weather was perfect. Anders and Karin came to meet us and we had a decently-priced excellent lunch at Maxwell's and we watched a magician for some time and shopped a bit without finding anything and then we headed out to our next attraction tour for the afternoon...of which you will read more about in the next installment, London Part the Second, coming soon!
Collapse