It's the last day of November! It's Ek Family Thanksgiving Day! It's Saturday! I have posted every day for 30 days and I have to say I'm pretty proud of sticking to it, when I was so doubtful at the beginning. 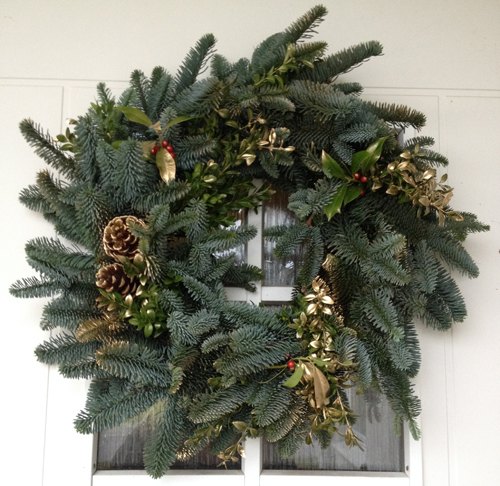 It's hot in the house because the oven has been going since around 10 a.m. this morning. Two turkeys are done and resting on the countertop (under guard) and Anders is peeling potatoes. I have asked twice if he wants help but he keeps refusing me. I bought 9 kilos of potatoes. That's something like 100 potatoes. We have had one person call to let us know there could be a problem and she might not make it tonight as her dad went into the hospital this morning. She's awaiting reports from the nursing staff before she can make a decision. Everything else is on track and the only chore not yet done is vacuuming the kids' rooms and the playroom and I'm about to yell at them again. It's only 2 pm and people aren't arriving until 5 and we won't eat until 6, so we have lots of time to just relax and do anything that we suddenly remember needs to be done. I might even get around to cleaning the fish tank... naaaah.

We are enjoying having Mental despite an episode earlier this week. He's a pleasure to walk and have around, even though he, like all the other dogs we've had, insists on fetching stuffed animals one by one from the basket in the hopes that we'll throw them for him to chase. And I do wish he'd wait until my alarm actually goes off, since letting him out to pee at 4 or 5 or 6 am when it's FREEZING out is not my idea of a good time, but hey! That's what you get with a dog, right? The fun of responsibility plus unconditional love. :) 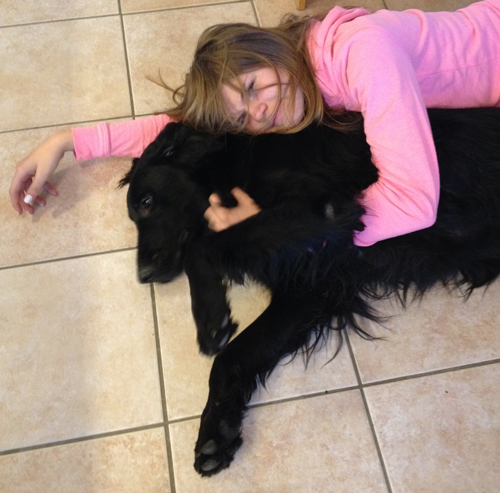 1222, but I hope she understands that it wasn't really his fault and we aren't mad at him OR her, and it's actually pretty amazing what one dog can do... on Monday when the furnace guys were here, Anders stayed home. Sometime mid-morning they had to turn off the water and the electricity and so, because Anders couldn't work and needed to get a couple of things done, he decided it was best to go into the office for a couple of hours...but he was worried about leaving the dog in the house with all these strange men, so he put the dog in the bathroom.

However, Mental was not at all okay with that, and he tried to get out. He knew there were people in the house and I'm sure he couldn't understand why he was in the bathroom, so he started scratching at the door, and managed to get the air vent grate off and then, well, he just kept going. When Anders came home his head was all the way out, and when I came home, the kids gleefully told me that "Mental ATE THE DOOR, Mom!"

Oy! Yes, yes he did! Now we call him Chompers. 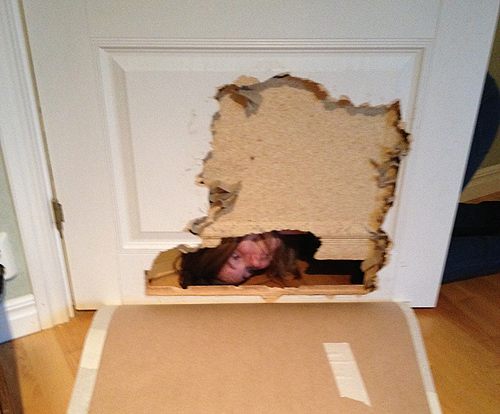