We were a bit worried about heading over the bridge to Copenhagen yesterday evening, joking around that we might have to spend the night there, if the storm worsened. We'd been enduring gale force winds for over 24 hours with no signs of stopping even though the afternoon had seen some sunny spots between blowing layers of clouds. The temperature has dropped drastically, too, but it wasn't raining that much, thankfully.

There were four of us last night, only Angie wasn't along for the fun, and we met up at the parking garage at the Hyllie train station outside of Malmö. We all had things to exchange: things left behind at Thanksgiving, salamis that my friends had bought for Karin's soccer team, socks & underwear that we had bought from Kelly for her daughter's swim team, etc. and money to pay each other back and forth. Emily had her white stick with her and told us a horror story from a few weeks ago, when she missed her footing between the train and the platform and fell between them. Thankfully, someone pulled the emergency brake and two guys helped pull her up before anything worse could happen, but eek...scary! She is legally blind, and her vision has deteriorated a great deal since I first met her. She still sees a very small pinprick of vision in one eye, but otherwise, she is for all intents and purposes, unable to see. She's getting a guide dog in January, which will be great for her and hopefully allow her much more freedom than she has now.

Anyway, we caught the train to Copenhagen, and just across the street from the Central Station we headed into Tivoli. We had pre-ordered a show meal at Groften, one of the many excellent restaurants inside the premises, and we spent a fun hour and a half chatting and eating.

The Cabaret show we were going to see has been playing in Tivoli every year for 30 years and is organized and performed by an English theater group. It's a singing, dancing revue full of raunchy jokes and silly slapstick, but it's amusing and the actors are so full of glee and good humor that everyone gets caught up in the fun. The show started at 7:30 and we got out of the theater just after 9 p.m. and walked out into a winter wonderland. It had been snowing the entire time and the whole amusement park was blanketed in white.

Tivoli at Christmastime is ALREADY beautiful and wondrous, filled with lights on every tree and outlining every surface. There are little booths full of beautiful things and food and just walking around is a delight. With the snow on top of it, it was an extra magical bonus. We shopped and walked around a bit and then stopped again and had (a very expensive) dessert at a different restaurant, before finally heading over to the train station and catching the midnight train home to Sweden.

There was snow around Malmö too, but not that much and the wind had mostly died down so driving home wasn't any problem. The sky was SO clear: shining stars against pure black, but no snow on the ground in Flyinge...until this morning. It's been snowing all day today and the sky looks ready to continue indefinitely.

We woke Martin up early this morning singing Happy birthday to him and gave him his presents. Now the house is clean, the cake is baked and frosted (Caramel Dream Cake!) and Anders is just starting to deal with dinner. His family is coming over at 5 so we still have an hour and a half before they arrive. It's hard to believe Martin is 16. I can remember MY sixteenth birthday (in Germany) and how adult I felt. We have his driving intro course on Monday, to boot. How time flies. He was just a chubby-cheeked, fat-footed toddler a minute ago! Happy birthday, Martin! I love you!!

Someone else was glad it snowed, too: 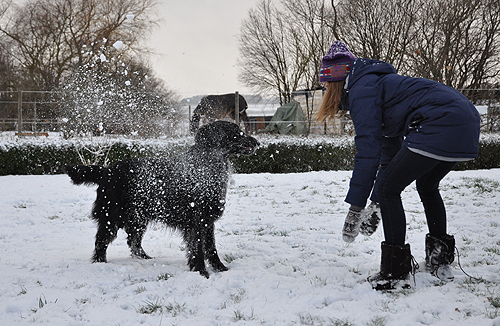 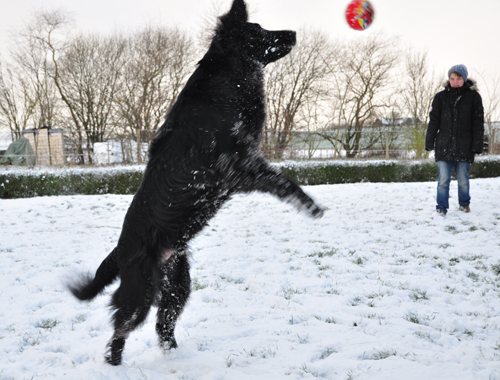 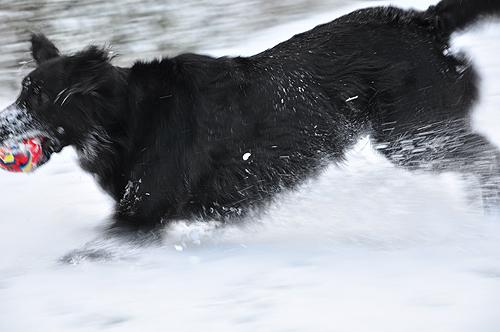 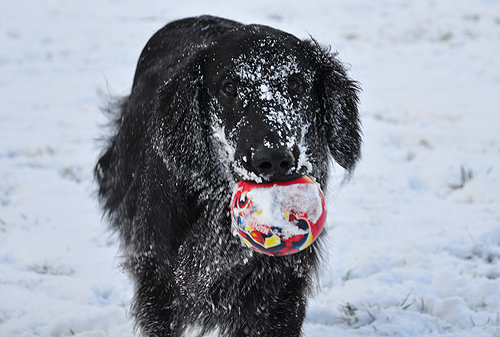