I am the lamest blogger that ever lived. Okay, not really. There are lamer bloggers out there (naming no names). I guess when you are a blogger who is no longer really blogging, you are an epilogue.

There have been lots of things to write about, but they are all happening at once which makes sitting down and finding words harder than you would think. This past weekend was Swedish Mother's Day. I was given flowers (peonies!), a Pandora bead for my bracelets of a lion with a crown and a little bag of my favorite dark-chocolate-covered cherries. In the afternoon, my choir sang our season's end concert in the park in Eslöv, in the sunshine, and in the evening we went to Anders' mom's for dinner.

We took a bunch of selfies on Märta's balcony, but you can tell I'm a novice. Karin says I was looking at MYSELF instead of at the camera. It was a phone! I don't even know where the camera IS.

Yesterday, as another example of too many things in one day, was Martin's prom, Karin's film premiere, one of my best friend's birthday, and our 20th wedding anniversary. Everything has to happen all at once. Isn't that what time is for?? So everything doesn't happen all at once? (Madeleine L'Engle reference for you literary YA nerds)

This photo is actually 21 years old, even though I posted it now for our 20th wedding anniversary. It was our engagement photo. We used a photographer in Chicago who was recommended to us, to test him out, and ended up hiring him for our wedding as well. He was fantastic. We didn't do anything specific yesterday but are going to dinner at the swanky new restaurant in Flyingeby this Saturday. :)

Karin's film premiere was interesting, and it was so fun to see her being so grown-up and beautiful as she mingled and glad-handed well-wishers. There were supposed to be 5 short films from the end-of-year film student projects at Malmö Högskola, but one of them ended up not being shown due to technical difficulties. They were all really well done, to varying degrees from stunning, to amusing, to well-crafted. Karin's film was only 6 minutes long and unfortunately, the bulk of her scenes and dialogue had been cut at the last minute. Bummer! Still, it was an excellent experience for her, and she made some friends and contacts in the process. 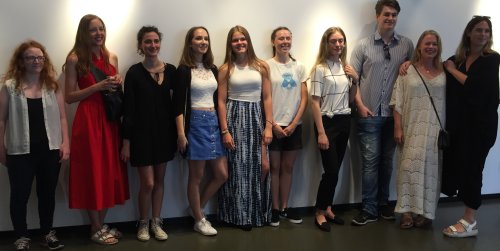 Martin had great fun at the high school senior prom with his best friend Claudia and their gang. They had beautiful weather for the event, as well, and he said the food was really good. They even waltzed! I didn't know it was a big deal for parents to go take photos or I might have tried to plan differently, since they had to be there at 5:30 and we probably could have made it to take photos if we had known before heading to Malmö for the film showing. 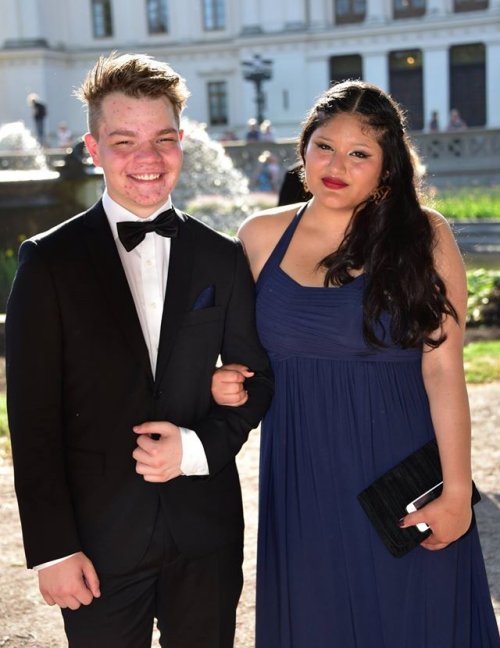 The weather has been phenomenal here, though almost too warm. Thank goodness it's been very breezy, or I'd be dying. Temps in the high 20s (low 80s), sunny, and full of birdsong and buzzing bees. Karin's been sunbathing every chance she gets. I've been walking nearly every day, and we have high hopes of it continuing through next week for Martin's graduation party! The tent has been delivered and will be put up Monday and after tomorrow, I have a very long weekend in front of me with plenty of time to both get things finalized and relax leading up to the big day on Wednesday.
Collapse