We had the perfect cat. She belonged to the neighbors and they found her as a stray, took her in, fed her and cleaned her litter box, and took her to the vet when necessary, and kept her in at night, so she'd be safe. For us, she was a sometimes cat, a loaner cat, a daily visitor who brightened our days.

She was curious and friendly and social. She followed behind her owner Jessika, trotting down the street, when she was taking their two dogs for a walk. She came over nearly every single day (that wasn't snowing or raining) to see us, to be petted and cuddled and to get her hair all over our sofa and Martin's bed. She'd climb the ladder to his loft bed and spend hours up there sleeping.

She'd sit at the back at the porch door and wait for one of us to let her in. Which we always did, because how could you not? When you picked her up and tucked her into your shoulder, she'd dig her claws into your arm, kneading her paws into you, and butting her head into yours most insistently, for more head rubs and pets. She'd drape herself over the arm of the sofa and lean her spine into the back of your neck. She purred REALLY loudly, and for a long time.

Jessika said the vet didn't know how old she was. She guessed she was probably a couple of years old at the least when they found her, but she was missing a few teeth and had probably had it pretty rough before. She was a part of our lives for not quite 4 years. We'd see her outside and open the door and she'd come running. We'd pull up into the driveway after work and she'd hear the car door and come trotting down the street, her tail raising to flag her affection when we turned to croon "Hey Morris" at her.

Her name was actually Morrhippan, a terrible pun combining the Swedish word for growl (morr) with the word for bachelorette party (möhippan...mö means maid, hippa is one of the many Swedish words for party). We called her Morris, which translates to "little growler" but Jessika's family called her Moppan, an affectionate contraction of her name.

About a week and a half ago, we noticed that she wasn't herself...behaving a little oddly, sleeping a little more than usual at our house, hissing when we tried to pick her up. She wasn't cleaning herself as well, and Jessika reported that she wasn't eating. Yesterday, Jessika sent me a message that they were headed to the vet and it didn't look good. I was at work, but Karin reported later that they had come home with an empty cat carrier. :( We still don't know exactly what was wrong, as I haven't managed to catch Jessika yet, and it might be that we'll never know. It wouldn't make us feel any better anyway, especially since there probably wasn't anything we could have done to help.

She reminded me so much of my little Pooka kitty, gone so long ago. Little, black and white, sweetheart, purr machine. She made all of us feel loved. We all loved her and now she's gone. She might have been only a sometimes cat, a loaner cat, a temporary cat, but she captured everyone's heart and became part of our family. Now we're cat-less, again. 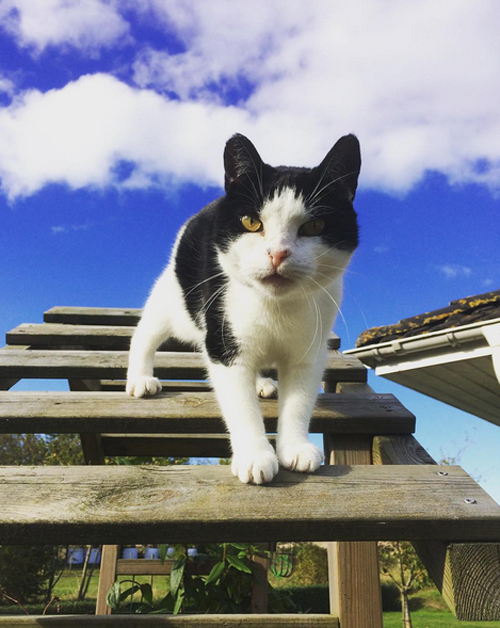 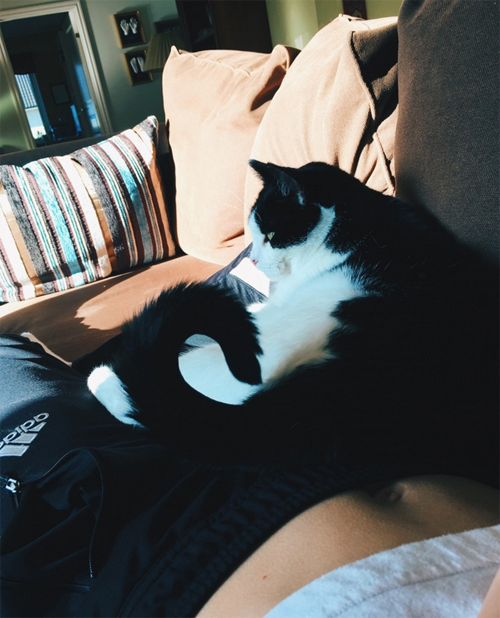 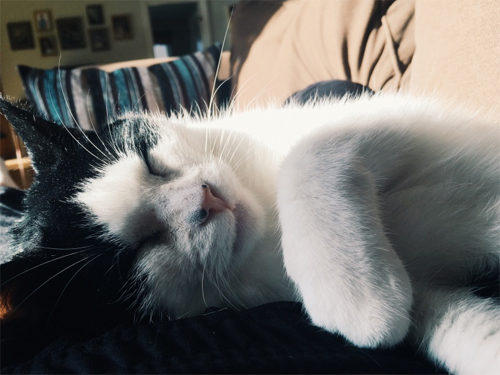 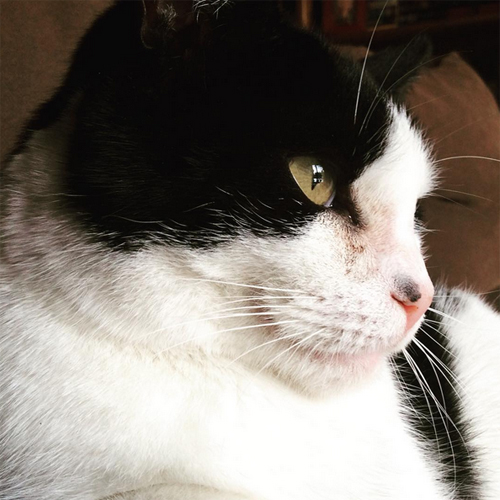 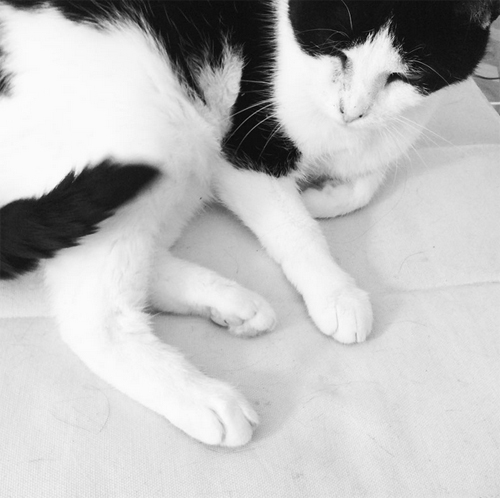