It's been absolute AGES since I went to a live sporting event. In fact, I think the last one was a Red Wings game during a Christmas visit to the US probably close to 10 years ago. We've been to one Malmö Redhawks game here, and that was years ago, too. Even when I lived in the US, I only occasionally went to games in Chicago. A baseball game here and there, the Blackhawks, the Bulls, at least once to see the Bears when they were still at Soldier Field. The last time I seriously watched any football on TV was probably when the Bears went to the Superbowl in 1985 and that only because my college roommate was a rabid fan. I'd much rather spend my money on theater or concerts (though I don't do enough of that anymore either).

In Lund, there are 3 big high schools (I mentioned them in my recent post about graduation): Spyken, Katedralskolan and Polhemsskolan, which is where Karin goes. Polhem has around 2500 students and is the largest high school in Sweden. It has a strong sports program with approximately a quarter of the students participating in elite sports such as soccer, handball, riding, wrestling, etc.

In 2008, Polhem started the Lund Super Bowl, a yearly indoor rugby match which takes place now at the Arena in Lund and is held between Polhem's team and a combined team made up of students from both Spyken and "Katte"; the first match was played in 2009. This year's match was the 10th anniversary. It was reported in the Swedish press that there was a 2-hour queue to buy the tshirt "tickets" for it. There were over 3000 spectators, half dressed in blue shirts for the Polhem Pirates and half dressed in red for the "Spyka" Wolves. I'm pretty sure that Anders and I were two of only a dozen or so adults in the audience.

Polhem has won EIGHT times. Spyka has only managed to beat them ONCE, back in 2011. Karin tried out for the team six or so months ago and has been training every week. She has knee braces (since she already has problems with her knees) and a mouth guard. I don't know how it compares to actual rugby but the indoor version seems rough enough to me. Karin managed to dislocate her shoulder during practice some months ago, and though it popped back in, she's had issues with it ever since. She's been so wound up in the past couple of weeks, I was a bit concerned. There's a lot riding on a game that your school has won EIGHT times, and she was really feeling the pressure this week. "OMG what if we LOSE?" she cried, at one point, "I'll DIE!" ...The drama! The responsibility!

You have to understand that in Sweden, there are typically NO sports teams associated with schools. If you want to play sports, you have to do it outside of school, in country, village or city sports clubs. There are no high school football teams, no cheerleaders, none of the sports stuff that is so prevalent in the American school system. Polhem is a major exception to that with the sports programs that they offer, but even those are just programs, where the kids learn tactics, strategy, health, coaching, etc, and get extra practice time. They are not TEAMS in any sense of the word. This is the only school sporting event in southern Sweden that I'm aware of, and it's specific to Lund.

I've only watched rugby once or twice in my life, and even though Anders actually played it back in the day, he wasn't sure how different indoor rugby would be. It was BRUTAL. But so exciting and so fun to watch! The event is divided into two teams for each side, men and women. There are 5 players on offense and 5 on defense, and no goalie. The object is to get the large squashy ball (not a rugby or medicine ball, exactly) onto the mats placed at the ends of the playing field. The kids had their faces painted with colored stripes to represent their schools and the entire crowd was very invested in the whole event; singing, cheering, clapping and surging to their feet every time a team got close to a goal.

Each team had three attempts at a goal, if they didn't lose the ball or get a penalty which lost them a turn. It was hard for me to understand what was going on sometimes, and the referees' decisions often made no sense to me since I didn't always know what they were signaling. Players were given 2 minute penalties for infractions quite often and one bulky brute of a girl on the Spyka team was knocked out early with an injury, much to the Polhem girls' delight (and probable relief). Karin played offense and often had the ball, and though she didn't make any goals, she did a great job of moving the ball forward, and assisting her teammates. They were often piled on in huge tackling scrums and I kept expecting broken limbs to be revealed after the referees cleared a pileup.

The women played for 15 minutes, then the men. After a half hour intermission with performances by dance crews from the 3 schools, each team played another 15 minutes. The scores for both teams were cumulative. The girls didn't score at all in the first 15 minutes but the Polhem women added 2 goals to the score during their second half. The Pirates scored first and were ahead during the whole game, but Spyka kept them on their toes, nearly catching up to even up the score right until the last minute. Polhem won 6-5 and even I was jumping up and down and screaming by the end of it. Whew! :D 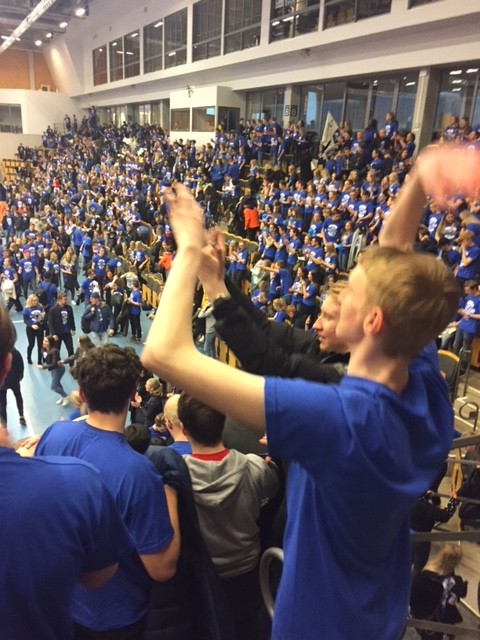 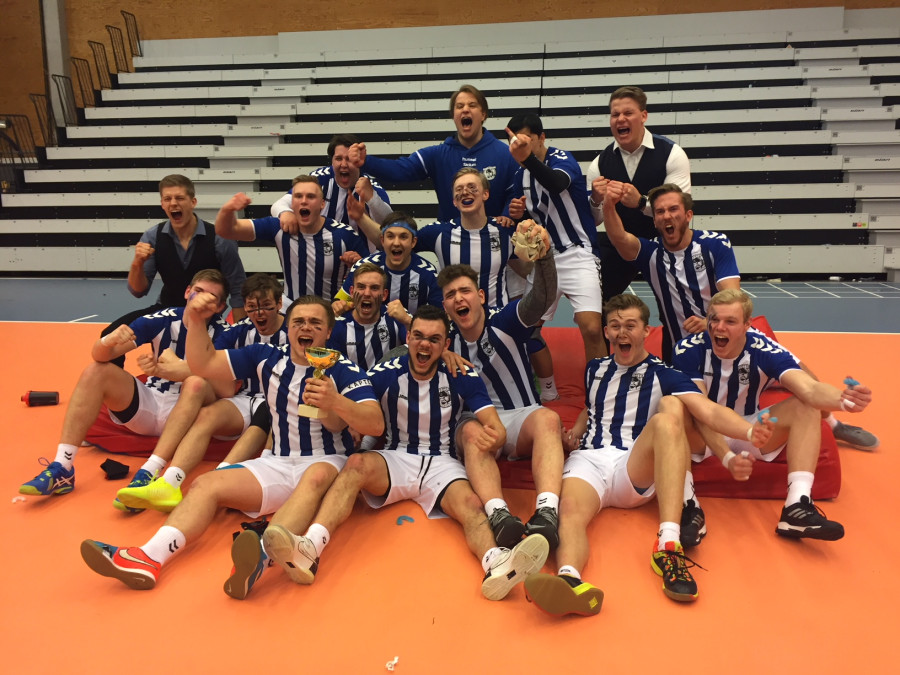 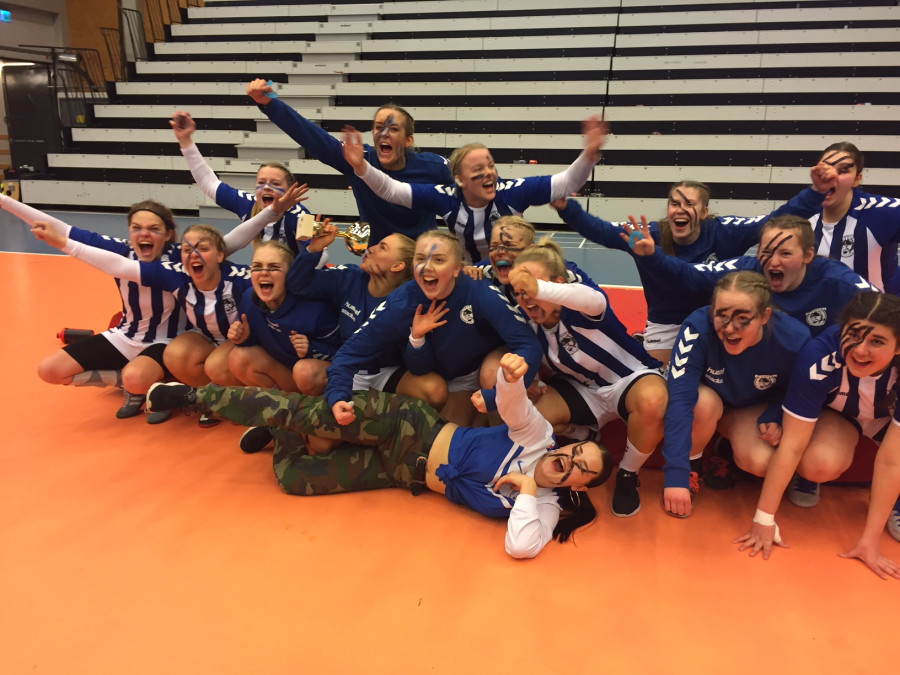 Karin is on the far left

More info (photos aren't up yet from today's match) in Swedish: www.lundsuperbowl.com

*Not an easy thing to yell when you attended Michigan State (Go Green!) and your chief rival was blue, haha!
Collapse