This morning, when I got into work, one of my colleagues commented, "Another day, eh?" and I responded, "Yeah. Sleeping, eating, showering, working...is that all there is?"

Work's been nicely slow the last couple of weeks, giving us some time to catch up and work on some of the projects we never have time to do. July is the month when most Swedes go on vacation, but almost my entire team is working right now, which is a little weird.

I've been doing some of what is essentially döstädning lately. Just a little bit...a drawer here, a couple of notebooks there, a cabinet one week, a shelf the next. Have you heard about döstädning? I can't remember if I've written about it before and I'm too lazy to go look. It's a Swedish thing, though it's certainly not specific to Swedes. Just that the word is...it literally means "death-cleaning" and it's the practice of clearing out your shit yourself before you die so that your children and loved ones don't have to do it after you're gone. There are several books, even.

I've always been good at both collecting things AND purging them, but lately I find myself thinking more and more about letting go of stuff that I've been holding on to for years (sadly, not yet what I'm carrying around my waist). A couple of weekends ago, I went through some drawers and a box of old clothes in the closet and filled two bags for the next AWC clothing swap. Whatever doesn't get taken is going to charity. Some of them were clothes I've had since before I was married, none of which fit and none of which I've been able to wear for over 20 years, so that felt nice. Everytime I open that box, I'm able to let another garment go. Eventually, it will be empty or I will be dead, whichever comes first. Haaa.

Last weekend, I pulled four notebooks from the bottom shelf of the bookcase in our bedroom and threw out piles of old sheet music copies from choirs I've been in, including two from high school. I kept a dozen or so songs that I really loved and threw the rest away. It's just paper. The songs are still in my head. That led me to a box of keepsakes and mementos that was overflowing. It included ripped out notebook pages with the rules of various card games on them, a piece of paper with the translation of "Give me a kiss" in a dozen languages, slides (!) of furniture a former boyfriend made, and several other miscellaneous things that had me thinking, "Why? Why did I keep this?"

Well, because throwing things away is often akin to throwing parts of your former self away, and sometimes that is too painful to do. And sometimes, it's no problem at all. It's weird how the things that mean so much at one point of your life can finally become meaningless after enough time has passed. And everyone's passing point is different. In the box were a couple of letters and poems from Becky, my oldest and dearest friend. After I finished cleaning it out, I pulled out another box of letters that was in the bottom of a cabinet that rarely gets opened. What's in that cabinet?

Stationery. Boxes and boxes of blank cards and letter-writing paper. A box of sticker sheets from when I was a teenager. 3 small boxes of paper bookplates for pasting into the flyleaf of books you own and marking them as yours. A pile of British comic serials someone gave me when I was 14 or so, that I loved. A Hummel music box from Germany that used to hang in my room when we lived in Europe. This one, in fact. It's selling for about $30. There are a lot of them for sale on eBay and Etsy, but I wonder how many of them are actually selling?

And a box of letters, which was what I went in that cabinet for in the first place. It was an unassuming white box, shoe-box-sized, but not a shoebox. There was nothing drawn or written on it, which is unusual for things I've had so long. It was stuffed full of letters. A pile of letters from my high school Senior year boyfriend which, once I read them, made me laugh with genuine amusement: WHY had I kept them?? There was absolutely NOTHING in them worth keeping. :D But also in the box?

Pretty much every letter that Becky ever wrote me, including the one she wrote to me immediately after she left school the day before she moved away. We met at the beginning of 7th grade at AFCent junior high school in The Netherlands (she lived near the school; I lived in Belgium and I was bussed an hour each way there and back for 2 years, then I got to live in a dorm for my 9th grade year and only go home on weekends). She and I were best friends. The kind that call each other BFFs, before such a term existed. She moved away in November of our 9th grade year, back home to the States...to New Mexico, and I didn't see her again for something like 7 years. I can't remember exactly.

Anyway, we wrote letters by the dozens to each other, detailing our lives and loves and friends and interests and sending each other drawings and poems and photos and stories. And I saved all of hers. I had letters for every address I lived at between 9th grade and my first apartment in Chicago after I graduated from college. We wrote about our secrets and our families and silly things and sad things and the good things that happened to us.

So, I opened every letter, in order, and read them all again. And I took photos of the best bits and the funniest things and sent them to her, because nowadays I don't have to write a letter to her, I can just message her instantly on my phone and know she'll see it about a day later (since we STILL have a 9-hour time difference between us). And I set aside some of the best bits to put into the keepsakes box, and I chucked the rest. Because I don't need them anymore, you see.

It's been 40 years since she moved away in 9th grade. FORTY years. That's mind-boggling. And I kept all those letters and moved them from house to house, from Europe back to the States in 1982 and then, in 1997, I moved them BACK to Europe with me. We've seen each other many times since that first long gap, at least a dozen by my count. She came to be with me in Chicago during a weekend when I really needed her. I went with her to a family reunion with her birth mother's family and she joined one of my Michigan canoeing trips that I organized after college. I went to visit her in New Mexico after the birth of her daughter. I went to Oregon several times after she moved there, including once with a relatively new Swedish boyfriend who I later married. :) She was my maid of honor. I spent my 40th birthday weekend with her and most of the rest of our gang of girlfriends from junior high. We met up again at AFCent in 2009 with some of those friends for another reunion. Last year, after another long gap of several years, she made it to Sweden, and this year, she came up to see me for a few days in Seattle, while I was there for the CreativePro Week conference.

We don't talk all the time, but we keep up online and we write once in awhile, and we call once in awhile. For two friends that have lived so far apart for so long, I think we've done an amazing job at staying connected and managing to get together whenever we can possibly do it. So, I don't need ALL the letters. It was time to laugh over them one more time and let them go. But I've still got the keepers, and the stories and the drawings and the poems.

I've still got the friendship and the love. 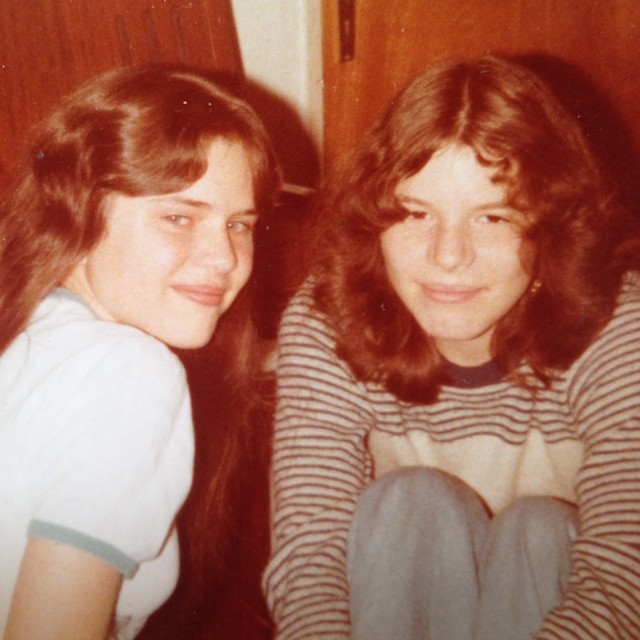 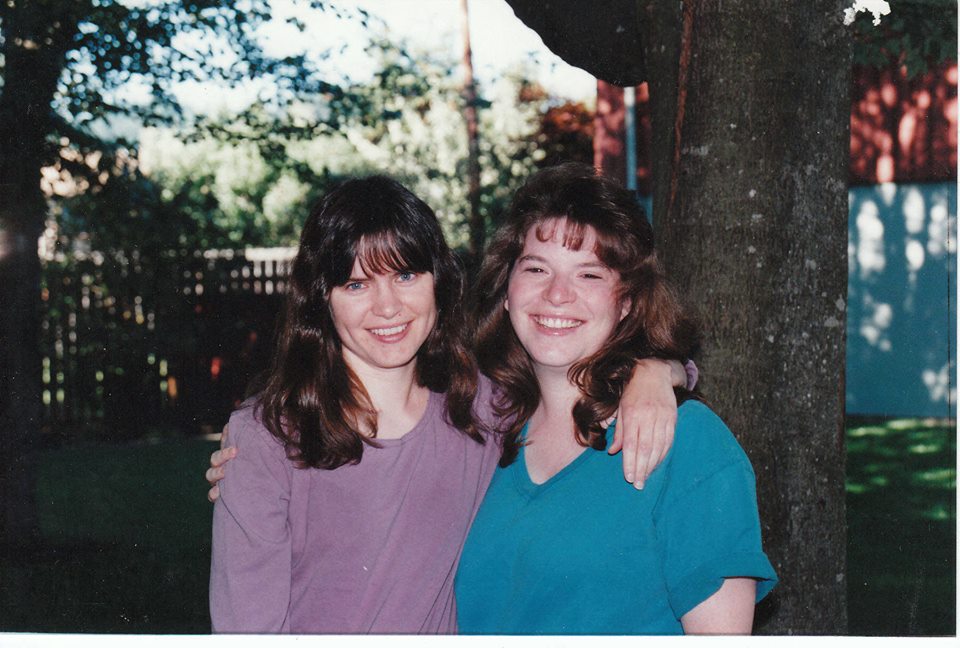 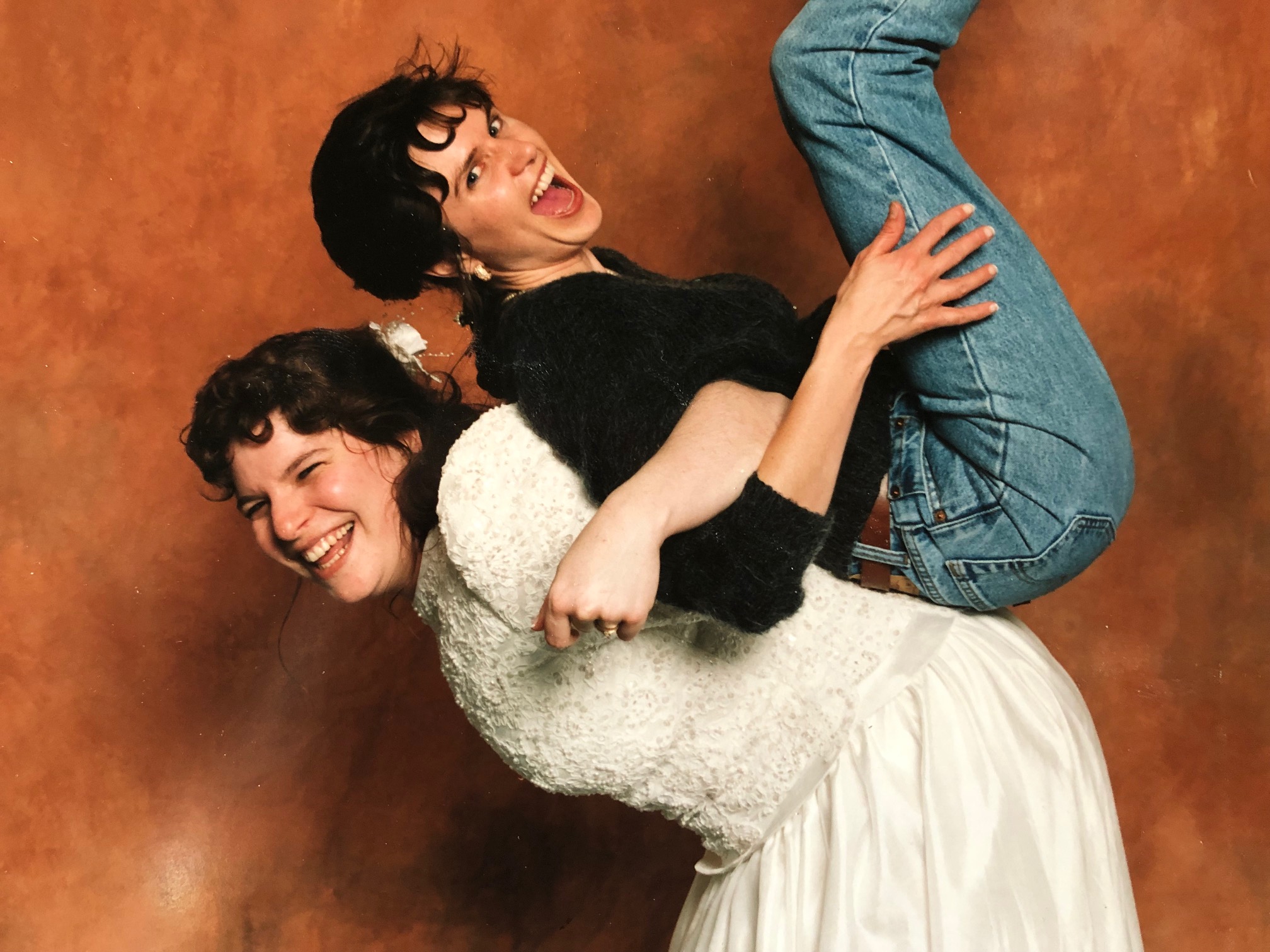 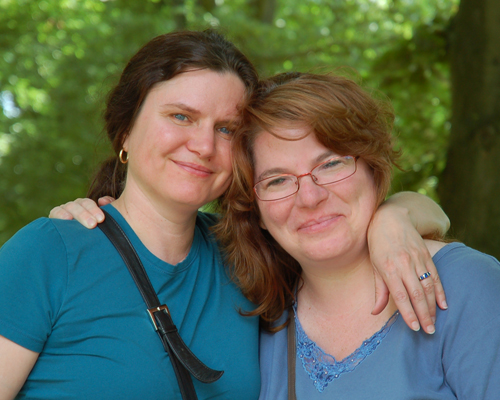 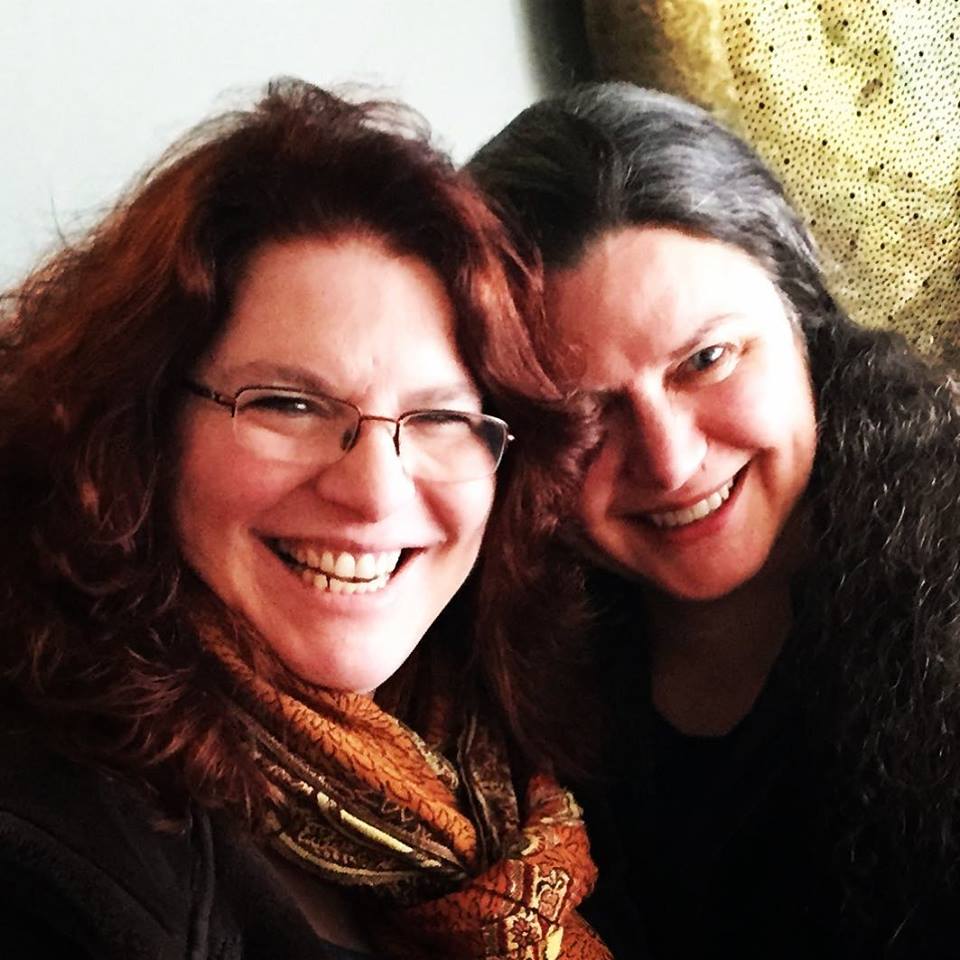 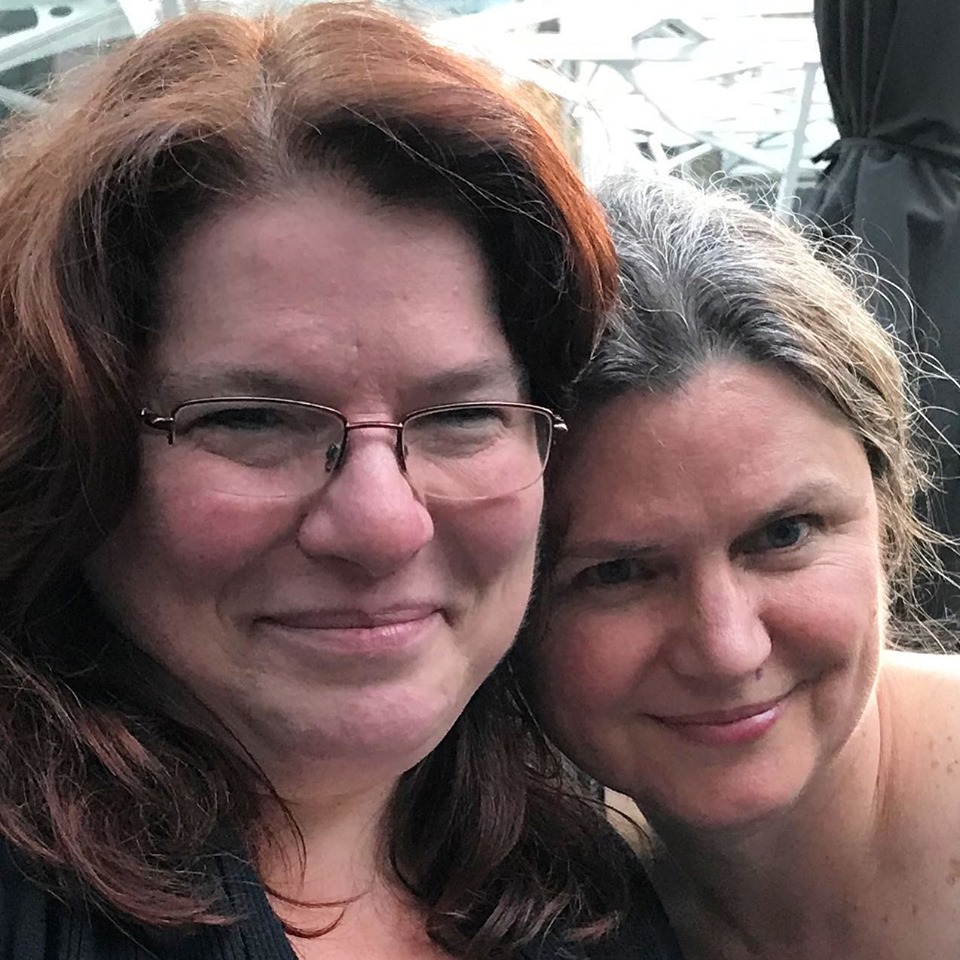