Ermagerd, it's already August. How time flies when you're... oh, never mind. Time isn't flying, actually. It's moving, at least. All the things that I usually look forward to about the fall and the holidays feel very far away and unattainable right now. Everything is still canceled. Things are still closed. We're not seeing friends or going to parties. I don't know if anyone is planning on hosting a crayfish party this year, but even if they were, I'm not sure we'd go. We have no info about Karin's starting university in a...month? some weeks? We have no date and no info on school start, actual classes or not, or housing.

One week of vacation is done, and I have crossed off a ton of things on my to-do list, including lots of things that I keep adding to it. This was my to-do list at the start of last week: 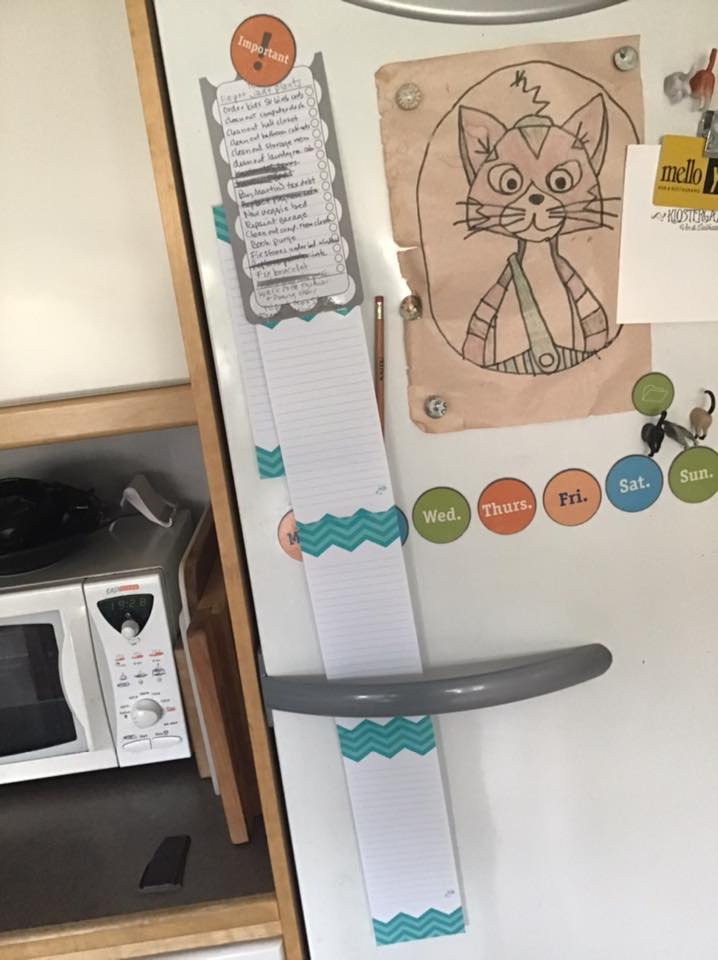 It was actually only the TOP piece of paper but because I was squishing things in around the edges, Anders decided to help me out by extending it. Good thing he did, because I've filled most of the second piece of paper already as well (and crossed most of it off)! I've also WORKED a little bit almost every day, simply because there was still so much on my plate in addition to what I was covering for other people. And there are certain types of work that only I handle and I didn't feel comfortable leaving them for the newbie and our freelancer to do, so. But it's been fine. I've only worked a bit and only when I felt it necessary and it wasn't a burden or anything. I'm trying to do at least one of the things on my list every day and I am being a slug, too: sleeping in, walking on the treadmill every day, reading, and playing plenty of ipad games. I'm actually not watching much TV though Anders and I have watched a couple of movies. I just haven't been in the mood.

The AWC board decided to waive dues for our members for the whole year, since we don't know how long the restrictions on gatherings will last and we can't really organize or hold any meetings or activities. That includes new members joining until February, which is our half-year mark, and then we will reevaluate the situation and see if we need to start charging new members again at that point (which is only half-price anyway). We are also in the middle of a huge discussion about some major changes and it will be very interesting to see how that plays out.

The summer is half over already but it's still light plenty late into the evenings. Anders has gotten the entire base laid for the deck/porch and will start laying the deck tomorrow. I expect the deck will be done in 2-3 days at the pace he's keeping. The porch will be next after that, and he'll be reusing parts of the old one, so I hope it will also go quickly. It will be really nice to have it done, it's going to be awesome to have it all nice and new and larger.

Tomorrow's vacation agenda includes taking a picture to be matted/framed, taking 2 skirts to drycleaning because they're pleated and I can't deal with pleats, and probably working some, since only our freelancer is there tomorrow and Tuesday and she's going to be overloaded. Today we went to see Anders' mom (from the inside of her porch with glass between us) and I repotted a rootbound plant that desperately needed more room, so you can see, I am taking it easy. :D
Collapse