It's been a very long time since we went on vacation, just the two of us. For our 25th anniversary, because Anders had to work that week, we planned a week away for midsummer week instead, and due to the pandemic, we stayed fairly close to home, heading up to Gotland, the large island off the east coast of Sweden. We've been there before, when the kids were young, with my mom, but I remember almost nothing from that trip. I must have spent most of it wrangling kids.

Gotland isn't super big; it takes about 3.5 hours to drive from northern tip to southern tip and the countryside is very rural, very brushy and scrubby, apart from miles of farmland. Strangely, though it's famous for sheep exports: meat, sheepskins, etc., we saw almost NO sheep the entire time. It could have been because of the baking hot summer temperatures that draped the island (and all of Sweden) for the week leading up and most of the week we were there. Thankfully for us, most of the time, there was a strong breeze that kept us cool enough, though our cute little cottage was sweltering at times.

We left super early on Sunday morning for the approximately 4 hour drive to Oskarshamn where we boarded the car ferry for a 3-hour trip to Gotland. By the time we got to our airbnb cottage it was almost 4 pm, but we were excited to get started, so after unloading the car, making the bed and unpacking a few things, we ran to the grocery store to buy breakfast stuff, and then we walked the 15 minutes into Visby's inner city to find a place for dinner. 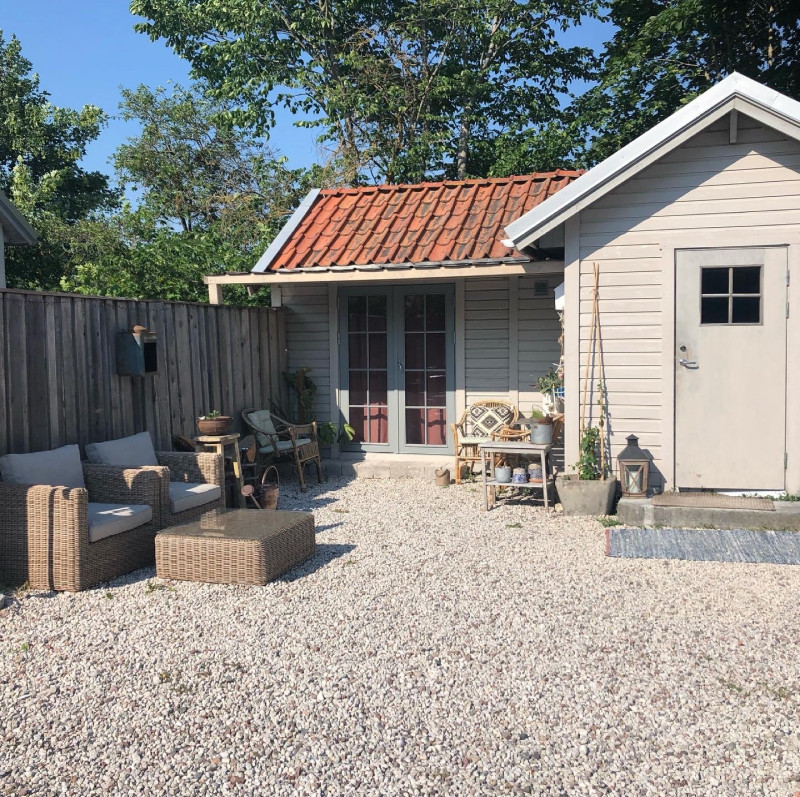 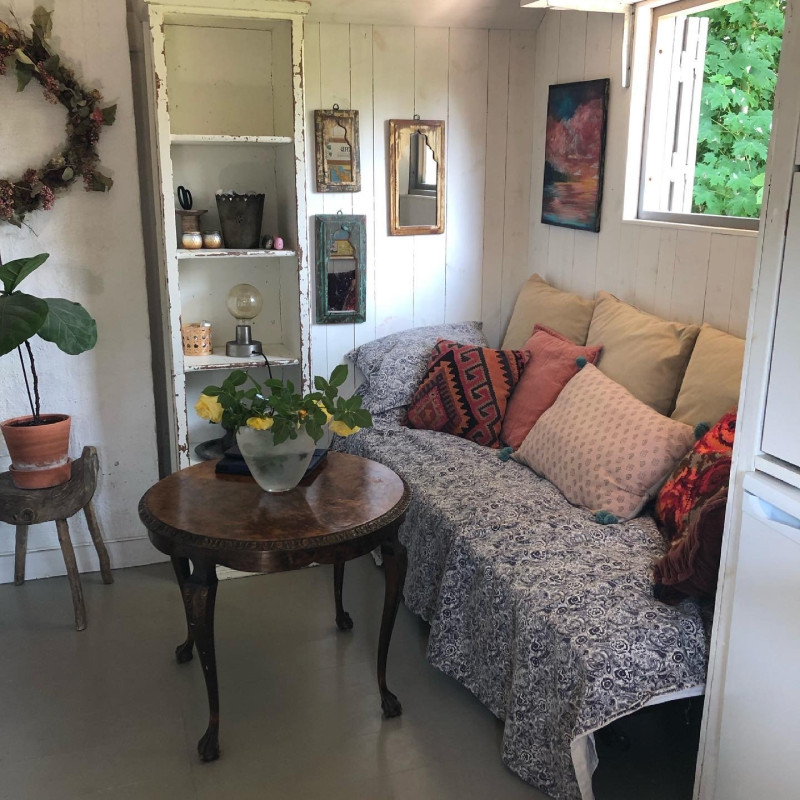 Visby, the largest city on Gotland, is also among the best-preserved medieval towns in Scandinavia and is encircled by a still mostly-intact town wall. The city itself contains 10 church ruins, all of which were closed due to the pandemic. In fact, there weren't a lot of people at all, for which we were thankful, both because it meant no waiting times at restaurants and much less concern about gatherings in general. Mostly, it was just the two of us. We ate seafood at Bakfikan on the main square, in the late summer sunshine of the solstice. Anders had smoked shrimp with toast and aioli and I had Toast Skagen and a side of "Gotland" asparagus with lemon butter. Yum! 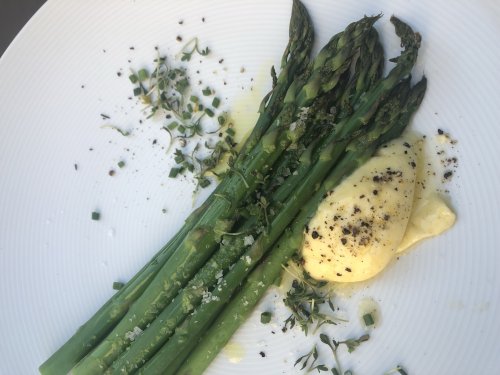 Monday was dedicated to exploring Visby, and we walked into town just after 11 am, after having watched the news for an hour in which the Swedish prime minister was ousted on a vote of no confidence. It was fairly upsetting as all of the right-wing and conservative groups jumped on the chance to vote him out. He has a week to either resign or call for a new election, which will cause a lot of turmoil as Sweden is scheduled for elections next year as it is. Despite the heat, the queue we passed for the state-owned liquor store on the town strip was very long. Comfort drinking after all the political upheaval!

We walked along the outside of Visby's medieval town wall, stopping to read plaques and take photos before heading into one of the gated towers. Visby is full of tiny little alleyways, old houses, church ruins, and roses, plus armies of stone sheep everywhere, barring motor traffic in the inner city. We spent a couple of hours in the Gotland Museum, had lunch, and walked around some more. Lots of shops were still closed, due to both the pandemic and the fact that the tourist season doesn't really get going until July. 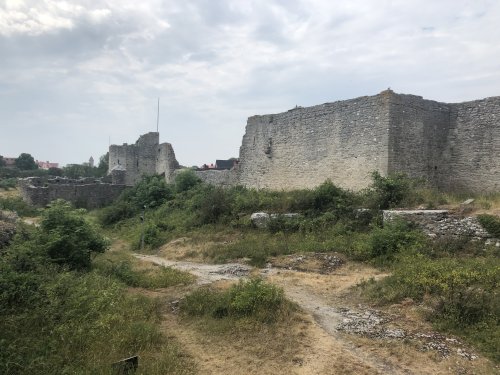 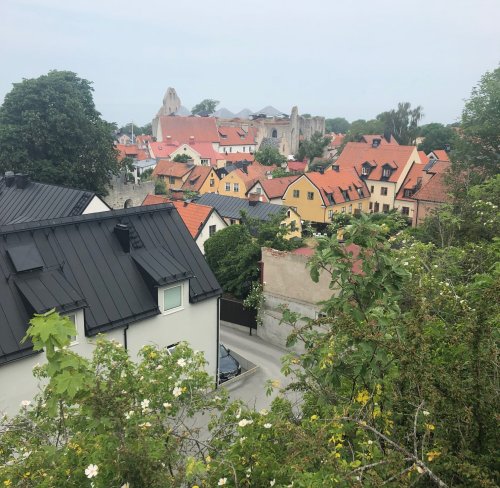 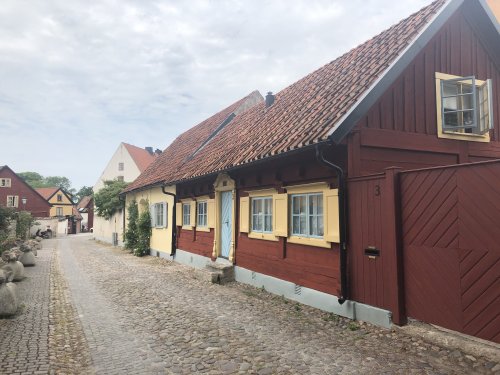 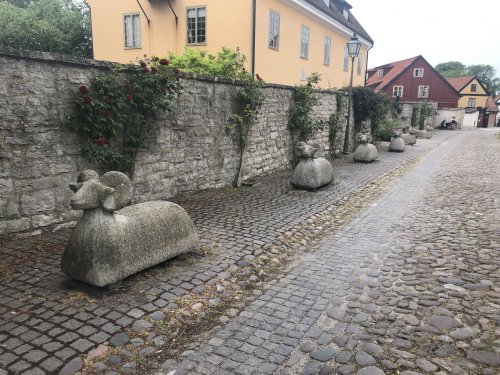 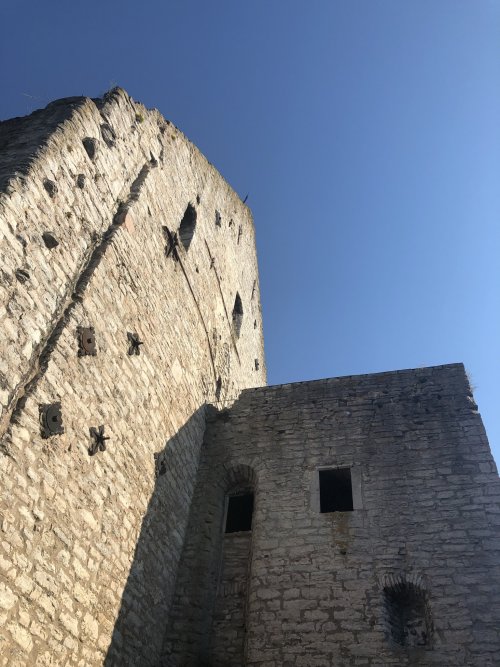 After an afternoon in the heat, we were exhausted, so we went back to the cottage to rest for a bit, before driving back down to the south end of the town to eat TexMex BBQ at an American-Swedish restaurant inside the walls, and then driving out to the nature preserve of cliffs along the western shore to watch the sunset. 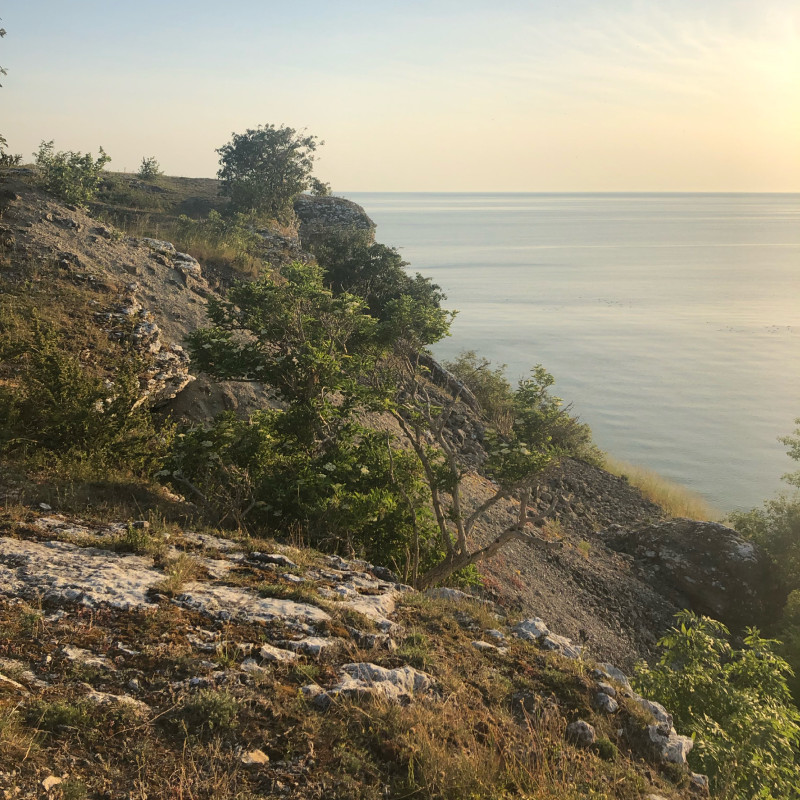